The story is beautifully written with magical beings and scary forests. It is a perfect YA book! I can not wait for the second book in the series!

”I loved the way this book was written. The plot was amazing. I am exited for possible next books!”

”This book was so good! I loved reading about the characters and at one point of the book, I was so surprised!! It caught my attention and I couldn’t wait to finish reading it. I cannot wait to read more about their adventures! ”

”I love the connection and bond between all the characters. The author did amazing and created characters and situations the readers can relate to. She touches topics from prejudices, the dynamics between parents and their children.”

”The story is beautifully written with magical beings and scary forests. It is a perfect YA book! I can not wait for the second book in the series! It was refreshing reading The Lost Wings!”

The debut YA fantasy novel by Camilla Vavruch. 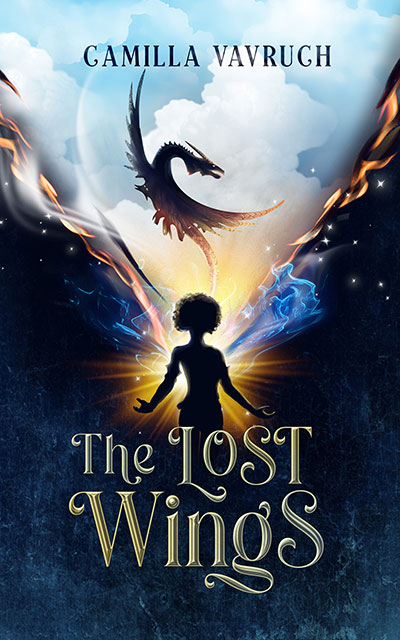 Do you love a clean fantasy with mermaids, magic, dragons, and adventure? Then this book is for you—grab your copy today! Available in Kindle Unlimited for the ebook, and physical copies can be ordered wide.

New release! The Lost Wings is a YA fantasy with dragons, mermaids, and lots of adventure.
https://www.amazon.com/Camilla-Vavruch/e/B09S9NBRB7

A lost princess. A mermaid looking to prove herself. A dragon with peculiar tastes.

The start of an adventure.
https://www.amazon.com/Camilla-Vavruch/e/B09S9NBRB7

Do you love a clean fantasy with mermaids, magic, dragons, and adventure? Then this book is for you: The Lost Wings by Camilla Vavruch.
https://www.amazon.com/Camilla-Vavruch/e/B09S9NBRB7 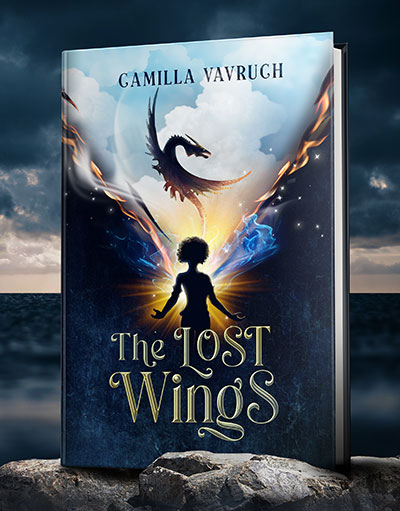 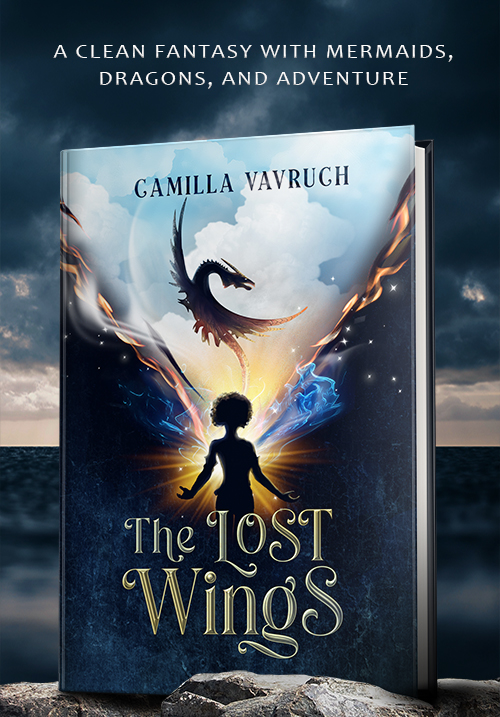 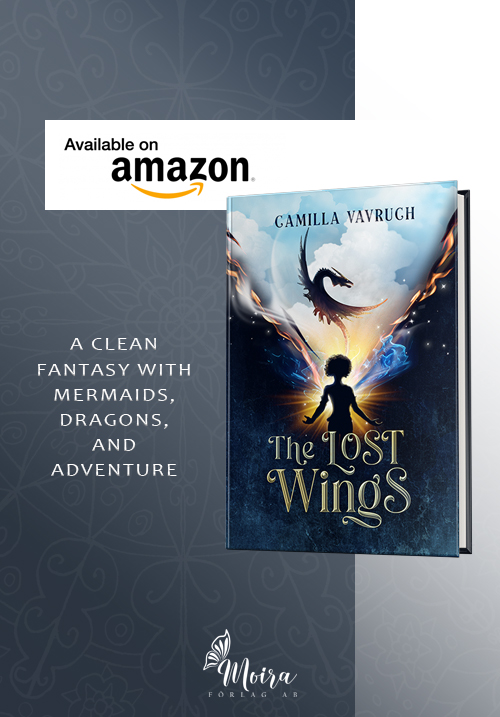 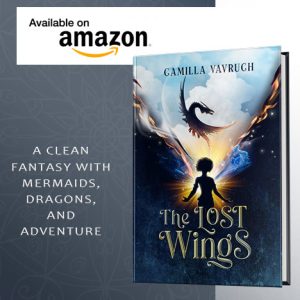 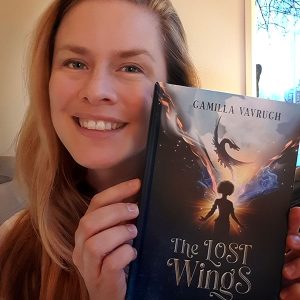 I enjoyed the idea of a city above the clouds and the people who live there.

- Kajsa, reader of "The Lost Wings"

I would like to sign off by congratulating you on weaving this everlasting piece. It’s genuinely perennial and only a few classics have that capability. I’ve absolutely enjoyed working on this book from start to finish, I was hooked to Moira’s perspective, and I really wish you write a sequel to this someday.

I absolutely enjoyed myself through the whole first read. I laughed, I gasped, I grinned, the whole nine. I basically read it in one sitting because I couldn’t put it down! I always wanted to know what would happen next. What a wonderful story you have written!

It was a very sweet story. The characters plots blended together nicely, carrying the story to the conclusion.

- The Bibliophile Project, on "The Lost Wings"

A really exciting story that kept me going until the end, wanting to know what would happen.

- Denisa, reader of "The Lost Wings"

I could not put your story down except when I had to.  You have written a compelling, readable, entertaining book.  Its pace is perfect, the characters are each interesting and engaging. Your plot line is outstanding and your world building, in the story seems so simple, but I know it took a great deal of thought and imagination to create it.

- A-M Mawhiney, reader of "The Lost Wings" and author of Spindrifts